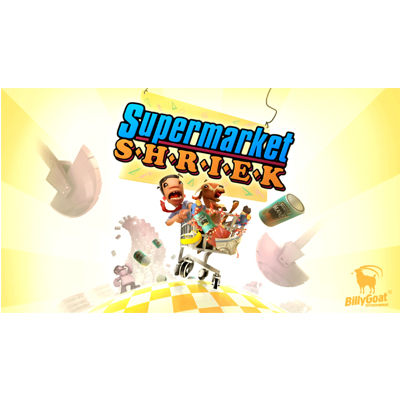 
Billy Goat Entertainment and PQube have announced the release date for Supermarket Shriek. Developed with funding from Northern Ireland Screen, the game will be available to play on PS4 from Friday 23rd October 2020.

Supermarket Shriek is a unique and humorous co-operative experience in which players assume the role of a man and his screaming goat positioned in a shopping cart. Players ‘shriek’ to steer their cart around a series of stores, racing to the checkout while collecting groceries, solving riddles, and occasionally avoiding large swinging axes, spike traps and/or fire pits.

The title, which was first made available on Xbox One last year, has both solo and co-op modes, along with more than 50 customisation options for your character. There is a total of 38 obstacle courses, along with time challenge collectable hunts!