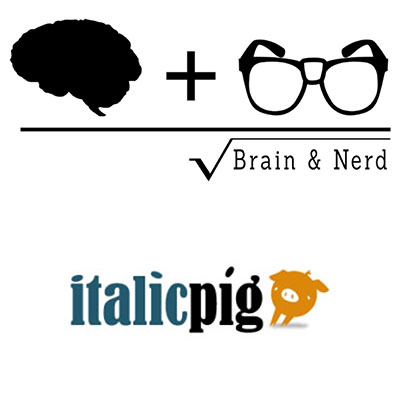 
Two Northern Ireland based Game Development Studios, Italic Pig and Brain and Nerd, have each been awarded €150,000 as part of this year’s Creative Europe MEDIA programme.

Creative Europe is the European Union’s support programme for the cultural and creative sectors. Its annual Support for Development of European Video Games call supports companies developing original narrative video games, providing grants toward the development of ambitious video game projects that are innovative, creative, and culturally diverse. A total of 125 applications were submitted for the scheme this year from across the EU, with Brain and Nerd and Italic Pig being two of the top 32 that were selected for funding.

Brain and Nerd’s game Hortalius is an entertaining twist on recent exploration survival games such as Subnautica or No Man’s Sky. The game will transport players into the microscopic world of a typical suburban back garden, with players solving mysteries and uncovering secrets from the perspective of a half-centimeter protagonist.

Italic Pig’s Quest Quest: The Quest for Quests is a farcical and poignant RPG fantasy adventure about an old time hack-&-slash hero travelling an enlightened new world, where the only quest left is to discover his own purpose. The game concept was pitched to Creative Europe as “an over-the-top deconstruction of the entire RPG genre: part narrative adventure, part rogue-like dungeon basher.”

This year was particularly important for the UK games industry as it was the last time that companies from the UK could enter the scheme due to Brexit. The Creative Europe programme awarded €89.5 million to 376 UK-based cultural and creative organisations between 2014 and 2018, but UK companies will not be able to participate in the scheme from 2021 onward.

Brain and Nerd Director Tina Lauro Pollock commented: “This opportunity from Creative Europe opens up so many doors for Brain and Nerd. We’ve already been talking to publishers about Hortalius, and having the funding to develop a highly polished prototype will be invaluable in our ongoing conversations and the future success of the studio. Early support for the project from Northern Ireland Screen and Future Screens NI was instrumental in helping Brain and Nerd succeed in winning this highly competitive award.”

Kevin Beimers, Italic Pig’s Director said: “The very fact that two out of the three successful UK companies are from Northern Ireland is a testament to the level of narrative talent here. There is an amazing local industry, a collaborative atmosphere with a heavy emphasis on narrative storytelling. The writers and developers working in the Northern Ireland game sector are never shy to build one another up, seeing a win for any company as a win for the entire region. As well, support from organisations like Creative Europe and Northern Ireland Screen have immeasurably helped NI rise up and get noticed in a busy global marketplace.”