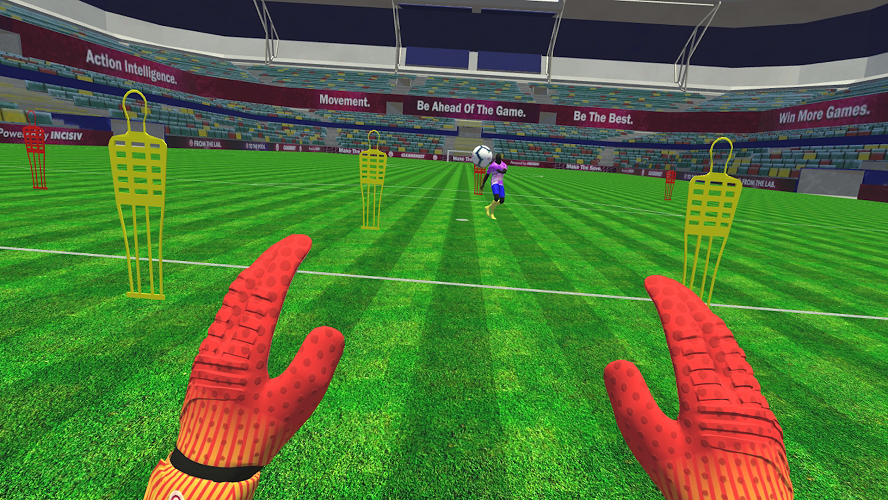 
As the World Cup kicks off in Qatar, pioneering Belfast-based company, INCISIV, officially launch their virtual reality (VR) simulator to the global market.

For a goalkeeper, football is full of make-or-break moments. The euphoria of match-winning saves or the abject despair of letting teammates down. A local company specialising in virtual reality has created a new simulator called CleanSheet to support aspiring goalkeepers prepare for critical moments.

INCISIV’s technology evolves from goalkeeping research inspired by the famous “banana” kick scored by Brazil’s Roberto Carlos, against France, in 1997 and originally carried out by Cathy Craig Co-Founder & CEO of INCISIV and Professor of Experimental Psychology at Ulster University.

She commented: “Backed by decades of research into the science behind goalkeeping, our vision with CleanSheet is simple – improve performance, make a positive difference to people’s lives and above all have a lot of fun. With applications for both professionals and aspiring amateur goalies, we are hoping the next Thibaut Courtois or Mary Earps will be inspired by our VR software made here in Belfast.”

Following huge demand on TikTok, INCISIV have adapted their ground-breaking goalkeeping technology, originally designed for professionals, so anyone can test their reactions and goalkeeping skills from the comfort of their living room.

CleanSheet turns VR hand controllers into goalkeeping gloves, allowing players to punch, catch, and throw the ball – as they would in a real match. Opponents can launch headers, volleys and free kicks which they must save. Or they can be surrounded by portals, firing the ball as quickly as possible, testing reaction speed.

The INCISIV team will officially launch CleanSheet worldwide on the ByteDance-owned Pico Store later this month.

The development of CleanSheet, has been supported by funding from Northern Ireland Screen.

Richard Williams, Chief Executive Officer of Northern Ireland Screen commented: “As part of Northern Ireland’s Screen’s new four year strategy, Stories, Skills and Sustainability, we are committed to supporting indigenous companies driving forward the local immersive sector. We were delighted to support the production and evolution of CleanSheet, a VR experience backed by decades of research into the art of goalkeeping. I commend the team at INCISIV for its agility reaching and engaging global audiences on social media and responding to customer demand to take their product to new markets and audiences.”