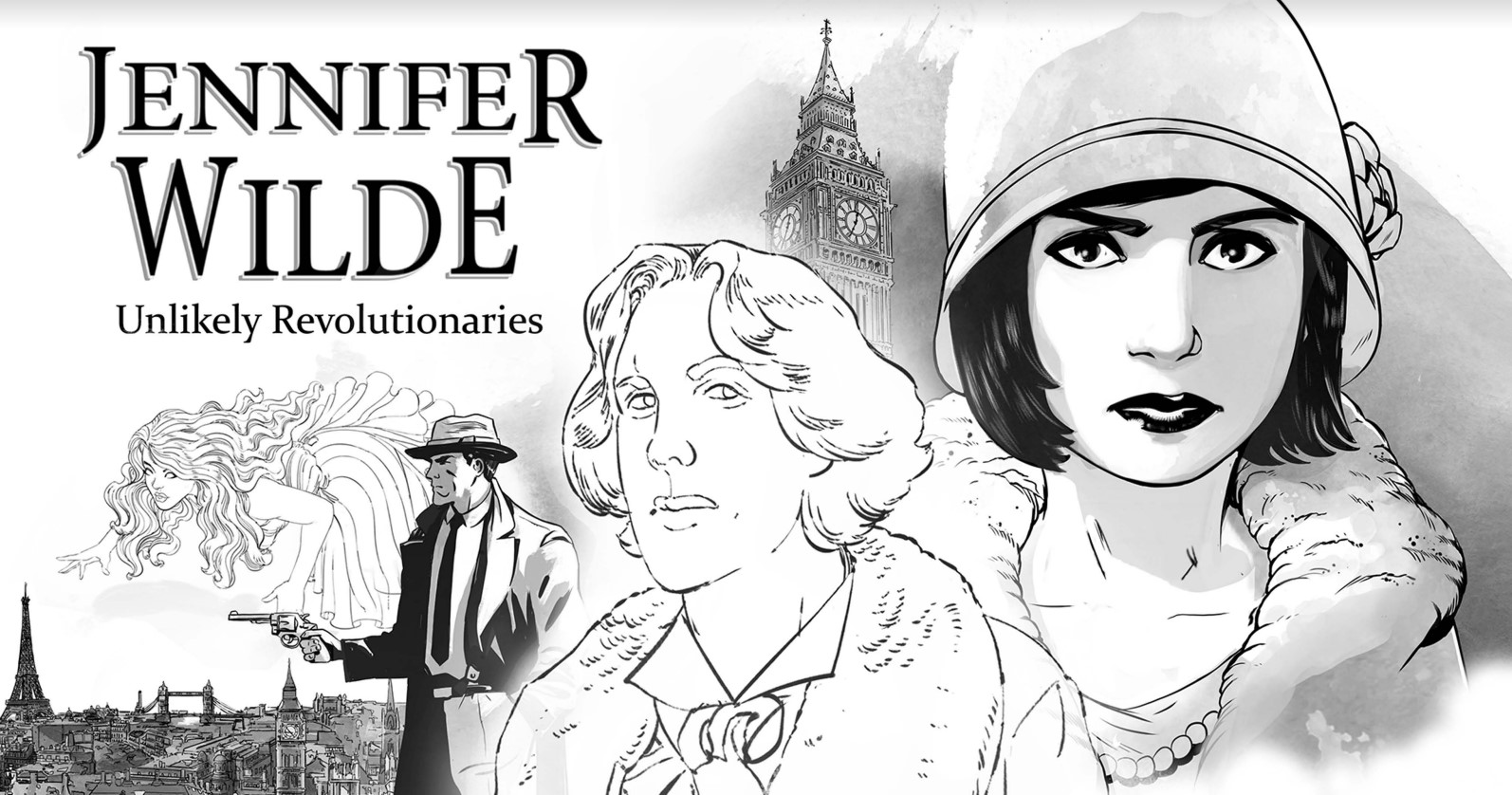 
Outsider Games have announced that their supernatural, globe-trotting point-and-click adventure, Jennifer Wilde: Unlikely Revolutionaries, is now available on Steam. The game was developed with funding from Northern Ireland Screen.

After her father dies in suspicious circumstances, Jennifer attempts to use her childhood gift for talking to ghosts to call his spirit back. Unwittingly, the ghost recalled is that of Oscar Wilde, famous Irish playwright, whose secret affair with Jennifer’s father has bound his ghost to the locket.

Set at the start of the Jazz Age, Jennifer and Oscar investigate an international mystery; discovering a trail of murder and revolution, that leads them into conflict with secret government organisations, a British occult spy network, and the Irish Revolutionary Army.

In a thrilling, witty and melancholic adventure, Jennifer and Oscar uncover dark secrets, deal with the loss of a shared love and develop a deep friendship along the way.

Unlikely Revolutionaries is based on the comic book series from Atomic Diner, Jennifer Wilde, created by Robert Curley. The game’s beautiful, hand-drawn graphics stay true to its comic book roots.

“I started turning the graphic novel I worked on into a game over 5 years ago and it’s finally finished!” says Outsider Games founder, Stephen Downey. “Even while drawing the first panel, I knew the murder mystery plotline and meloncholy story would make a perfect Point & Click adventure, and started the long process of adapting the story, with the goal of aligning investigative gameplay with the design language of comics.”