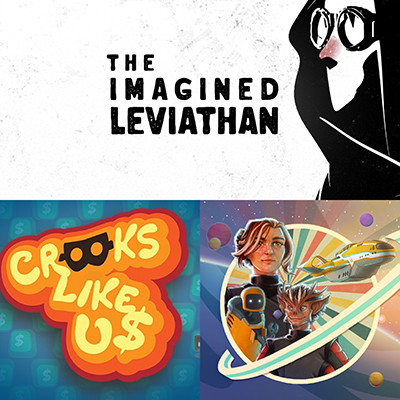 
The Pixel Mill is saying goodbye to this year’s Platform companies and is delighted to announce that Infosoft NI, Silverstream and Pigs in Blankets are the successful companies that will be part of Platform 2021, the accelerator programme for video game companies in Northern Ireland.

As part of Platform companies will have access to mentors, training and funding as well as the opportunity to attend virtual markets to build their business network and meet consumers. Each company will self-publish a game based on an original IP within its 12 months at The Pixel Mill.

Far Few Giants, Out of Tune Games and Coffee Box Games complete their time as part of the Platform programme at the end of March 2021. The teams have excelled and produced a number of games during their 12 months of development.

Far Few Giants released several short games, including the Sacrifices Series (The Night Fisherman, Outcast Lovers, The Change Architect) and Locked In. They are currently working towards the launch of their first full release later this year; The Imagined Leviathans, a scavenger tale set in Britain’s arctic future. Explore the English tundra as you gather survivors frozen by fear, evade the mysterious leviathans stalking them, and thaw out the truth. Gamers can download and play the Prologue HERE.

Out of Tune Games formed in early 2020 have been developing Crooks Like Us – A chaotic online party game that drops players into riotous robbery scenarios where the goal is to collect as many valuables as possible and get back to the escape van before time runs out. Crooks Like Us is currently available to play in early access and gamers can also play the demo HERE.