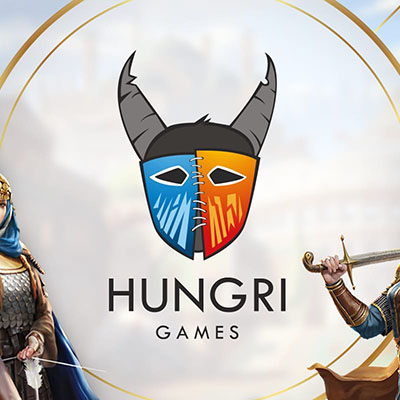 
Turkish mobile game studio, Hungri Games, has today announced they are opening a new studio in Belfast and is actively seeking game developers, level designers and project managers for its new office. The Belfast-based studio is supported with funding from Northern Ireland Screen and its video game co-working space, The Pixel Mill.

Hungri Games, which has achieved significant success with two mid-core games published global in the last two years led by its experienced team based in Turkey, is aiming to accelerate its global growth and add talent to its team. As part of its worldwide talent strategy the company is eager to hear from passionate game developers from across the globe, with applications welcomed from Turkey to Belfast and beyond.

Hungri Games’ Co-founder Kagan Berk Kocak, stated that having a studio based within the UK will allow the company to have a finger on the pulse of gamers in the European market. Kagan added: “We are currently working on a new and exciting game about World War I. In addition to our talented team in Turkey, we have started to recruit talent for our new studio. We are focused on attracting talent from a range of cultures and experiences, with the ambition of growing the team to 25 people by the end of 2021 in our Belfast studio.”

Kagan underlined that Hungri Games’ ultimate goal is to be a globally recognised and respected mobile game company. Led by a team with a track record of experience and success in the global video game industry, Kagan added: “We aim to be in the top 20 grossing games for core and mid-core game in the EMEA and US markets. The whole team is focused and determined to achieve this goal. We will continue to progress down this path with our Istanbul and Belfast studios.”

Established in Istanbul in 2019, Hungri Games is an innovative mobile game development and publishing company focusing on mid-core and core areas. Hungri Games’ goal is to create value on a global scale by localising the games it developed in Turkey around the world, producing content with a player-centred approach. For detailed information, visit www.hungrigames.com.